Home / News / “They are socialized differently”: People with autism more likely to identify as LGBTQ+

“They are socialized differently”: People with autism more likely to identify as LGBTQ+ 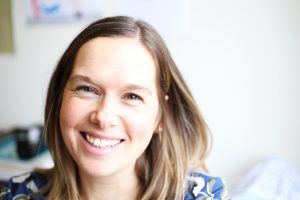 CARY, N.C. — Growing up Becca Alley always felt different from others. She just didn’t have a label for herself.

“The Shania Twain song like ‘I feel like a woman’. I’m like ‘I don’t know what that means really,” said Alley. “I really enjoy makeup and my hair being long, but I don’t necessarily feel the strong identity as a woman.”

The 28-year-old North Carolina resident didn’t fit in with her peers. She struggled socially with brutal honesty which caused a lot of her friendships to end.

“My friend came to school in high school with a brand new haircut. I told her it looked terrible. I thought that would be a way she could go get it fixed. I thought I was being helpful,” she said.

Alley was diagnosed with autism at 23 years old. She identifies as gay and has a girlfriend.

“They are socialized slightly differently and this is in part due to autism but also being misunderstood and potentially marginalized,” said Dr. Clare Harrop, UNC School of Medicine Assistant Professor.

According to Harrop, the rates of autism are increasing likely because there is more awareness with women more likely to be diagnosed in adulthood. She said there’s a phenomenon in autism that’s referred to as masking.

“Almost like pretending not to be autistic. So using strategies to appear ‘normal’ to fit in with peers. Really draining,” she said.

Today Alley prides herself on being an advocate for the autism community. She wears noise-canceling headphones when she leaves home and sunglasses because of her sensitivity to some lights. She’s even been forward with colleagues and friends by sharing she is autistic and proud.

“I’ve gotten better at recognizing when I should just hold my tongue, but now I’m surrounded by people who are more accepting of when I am too blunt,” said Alley.
By Akilah Davis via