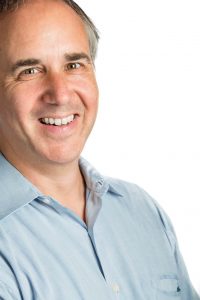 Dr. Daniel Geschwind is the Gordon and Virginia MacDonald Distinguished Professor of Human Genetics and is a professor of neurology and psychiatry at the UCLA David Geffen School of Medicine. He is director of the Neurogenetics Program and the Center for Autism Research and Treatment (CART) and co-director of the Center for Neurobehavioral Genetics at UCLA. Dr. Geschwind obtained A.B. degrees in psychology and chemistry at Dartmouth College and his M.D./Ph.D. at Yale School of Medicine prior to completing his internship, residency, and postdoctoral fellowship at UCLA. He joined the UCLA faculty in 1997.

In addition to his research, Dr. Geschwind has put considerable effort into fostering large-scale collaborative patient resources for genetic research and data sharing. He advocates strongly for data and biomaterial sharing, having provided scientific oversight for the Autism Genetic Research Exchange (AGRE) and has served on numerous scientific advisory boards, including the Faculty of 1000 Medicine, the Executive Committee of the American Neurological Association, the NIMH Advisory Council, and the NIH Council of Councils. He has published over 300 papers and serves on the editorial boards of several journals, including Biological Psychiatry, Neurobiology of Disease, Human Molecular Genetics, Neuron, and Science. He received the Derek Denny-Brown Neurological Scholar Award from the American Neurological Association in 2004, the Scientific Service Award from Autism Speaks in 2008, and the Ruane Prize from the Brain and Behavior Foundation in 2012. He was inducted into the Institute of Medicine of the National Academies in 2011 and is a member of the IOM Neuroscience Forum.