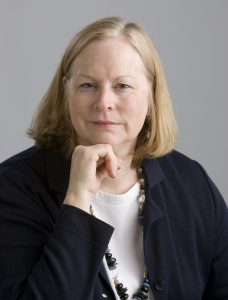 Catherine Lord, Ph.D. is the Director of the Center for Autism and the Developing Brain a joint project of New York – Presbyterian Hospital, Weill Cornell Medicine, Columbia University College of Physicians and Surgeons in partnership with New York Collaborates for Autism and a Professor of Psychology in Psychiatry and Pediatrics at Weill Cornell. She completed degrees in psychology at UCLA and Harvard, and a clinical internship at Division TEACCH at the University of North Carolina at Chapel Hill.

Dr. Lord is a licensed clinical psychologist with specialties in diagnosis, social and communication development and intervention in autism spectrum disorders (ASD). She is renowned for her work in longitudinal studies of social and communicative development in ASD. She has also been involved in the development of standardized diagnostic instruments for ASD with colleagues from the United Kingdom and the United States (the Autism Diagnostic Observation Schedule (ADOS) an observational scale; and the Autism Diagnostic Interview  Revised (ADI-R) a parent interview), now considered the gold standard for research diagnoses all over the world.

Dr. Lord was recently elected into the Institute of Medicine. She was the Chair of the National Research Councils Committee on the Effectiveness of Early Intervention in Autism and was a member of the DSM5 Neurodevelopmental Disorders Committee.

Her research at the Center for Autism and the Developing Brain involves continued longitudinal studies, diagnosis, and measuring change over time in children.