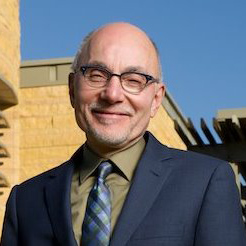 Leonard Abbeduto, PhD, is the Director of the MIND Institute, the Tsakopoulos-Vismara Endowed Chair, and Professor of Psychiatry and Behavioral Sciences at the University of California, Davis. He also directs the NIH-funded Eunice Kennedy Shriver Intellectual and Developmental Disabilities Research Center at the MIND Institute.

Dr. Abbedutos research is focused broadly on the development of language across the lifespan in individuals with neurodevelopmental disorders and the family context for language development.  His research has been funded virtually continuously by the National Institutes of Health since 1985. Dr. Abbeduto has published more than 150 articles, chapters, reviews, and books on fragile X syndrome, autism, Down syndrome, and other disabilities. His current research is focused on understanding variation in language outcomes in various neurodevelopmental disorders, the measurement of treatment effects in clinical trials, and the use of distance technology in behavioral treatment.

Dr. Abbeduto has received numerous awards and honors, including the Kellett Mid-Career Research Award (2008) and Emil A. Steiger Award for Distinguished Teaching (1996) from the University of Wisconsin-Madison and the Enid and William Rosen Research Award from the National Fragile X Foundation (2010). Dr. Abbeduto is a fellow of the American Association on Intellectual and Developmental Disabilities and Division 33 (Intellectual and Developmental Disabilities and Autism Spectrum Disorders) of the American Psychological Association. He earned his PhD in psychology from the University of Illinois at Chicago in 1982.